A bundle ID is created automatically when you create an app.

That means your Android app will have the bundle ID as package name. You can change it, if you want to update an existing app which has another bundle ID or package name for example.

This is important especially in the case you want to update an existing app with another package name or bundle ID. For example, if the app you want to update has the bundle ID io.app21901.com, the app you are going to publish must have the same bundle ID. Thus you will have to change it in your app sheet before downloading the source files. That’s the same for an Android app.

Only Expert Package and up can change the package name: 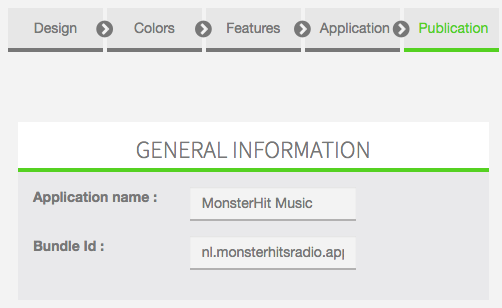 Last Updated: 4 years ago in How to